Just yesterday, Qmobile released it’s latest smartphone Noir Z8, which created quite a buzz in smartphone freaks. All the buzz was for its specs, review and most importantly honest Pros and cons of Qmobile Noir Z8.

Yesterday I purchased Qmobile Noir Z8 and used it for an entire day. Just for purpose of making this post. I ran Antutu Benchmark on it, and used some day-to-day apps. Overall the phone was good to use, details are given below.

Qmobile Noir Z8 has very slim profile, its thickness is only 7.5 mm, moreover the corners of Z8 are curved from the back which makes it feel even slimmer than it’s actual thickness. Sides are made of metal which adds up to the overall feel in the hand. The corners of the phone are too squarish which I personally don’t like. Over the display you get a 5 Megapixels selfie camera with Earpiece speaker and a bunch of sensors. I personally felt that the chin (the area below display) of Noir Z8 is bigger, which made the phone longer than what it should have been. I would have loved to see smaller bezels around the display like Moto X and LG G2.

Back of the phone has a sand stone finish which is directly taken from the OnePlus One. I liked the texture of the back panel. The primary camera at the back is a 13 Megapixel shooter which has an LED flash and Autofocus. lower part of the back has a speaker grill which is neither much loud, nor much clear. Just an average speaker.

Though the rear facing camera is a 13 megapixel shooter but I was very disappointed with the performance of the Camera. The shots I took in Day time was very good but the camera struggled to focus in low light and the shots came very blurry. The camera doesn’t have Optical Image Stabilization which makes even harder to keep it stable while it takes the shot. The color reproduction is good but still there is a lot of room for improvement. I personally felt that the camera is just average. Front camera on the other hand is a 5 megapixel Fixed Focus camera. The selfies I took came okish and nothing much to say about that. Considering the price point, I wouldn’t expect the camera to stand out. But yeah If you are looking for a smartphone which can also take some great pictures, you have to look somewhere else.

Front of Noir Z8 has a 5 inch 1280x720p IPS LCD Display. Some sites are reporting that Noir Z8 has an AMOLED panel, which is nothing but a false statement. The reason behind this misconception is that the color reproduction and black level on Noir Z8 are sort of what you get from an AMOLED display. There is an option to make the color look more vivid than their actual shade. Resolution is a little towards lower side and you do see some pixelation but if you are not user of Full HD, you wouldn’t be able to locate that “Pixelation”. The display is protected by Corning Gorilla Glass 3 and has very smooth feel.

Qmobile Noir Z8 comes with Kitkat, which is a 32 bit Operating system. Though the chipset is 64-bit but the OS is not able to squeeze the additional bits. The real performance of a 64-bit chip will only come up, if the OS is 64-bit. I found some lags but I believe that these hiccups are because of bad optimization of the OS. I did ran Antutu Benchmark on Noir Z8 and these are the results. Qmobile Noir Z8 comes loaded with Android KitKat 4.4.4 and there are no statements about Lollipop updates. The software is more of like a Pre-Production software. You do get some crashes here and there. Hope Qmobile will listen to its customers and provide updates. Speaking of updates, The moment I connected My Noir Z8 with internet, I received a small OTA update weighing 8.02 MBs. That is why I Hope Qmobile will listen to us.

Qmobile Noir Z8 has 2420mah lithium polymer battery which is embedded into the device. In other words the battery in Non-removable. Battery life of Noir Z8 is very good. I am very impressed with the battery backup it has to offer. I was able to squeeze about 9 hours of screen on time, with wifi ON, Facebook and browsing with lowest possible brightness. One thing that I would like to mention here is that Noir Z8’s Battery doesn’t go really dim. It stays readable outdoors in the afternoon time. Battery is awesome and phone is also neither bulky, nor thick by any means. Snapdragon 410 Chipset. 64-bit QuadCore Processor made on Cortex A53 architecture. Adreno 306 GPU. 2GB of RAM and 16 GB of ROM, out of which 12 GB is available roughly. You can also expand the storage via MicroSD card of up to 64 GB. If you want to add a microSD card, You have to sacrifice 2nd SIM Slot.

That’s it from us. If you liked it, share with others over the social media and help us spread awareness among peeps. Join us at Facebook, Twitter and Google+

Don’t forget to provide us with your feedback. 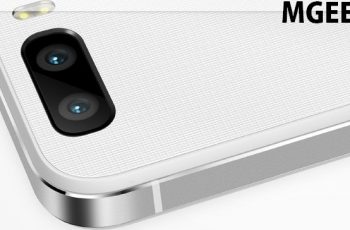 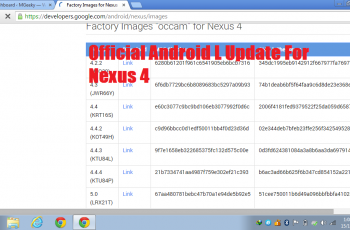 It was very difficult for nexus 4 users to wait for …