Smartphone manufacturing giant released successor to their Note Line-up, Note 4. Samsung Galaxy Note 4 created quite a buzz before its Launch. Samsung is Saying that Note 4 is a No-Compromise Smartphone, we’re going to take a look at their Flagship and find-out whether it full-fills their Claims.

This is the follow-up, Obviously, to the Samsung Galaxy Note 3. In the build department, the main difference between two is, you get metal from Plastic. The all new Samsung Galaxy Note 4 has metal bezels all around its build. This new build feels awesome in hand and gives you premium feel. The phone is a lot more easy to hold because of the flat style. The overall durability of the device is, obviously, pretty good.

The back material is still what we had on the Note 3, its soft touched full leather feel, that honestly feel fine and its pretty durable too. even it got all the crap cause of being not real leather.  Now its just one full piece without stitching look we had previously on the Note 3.

Overall nothing can change the fact that the phone is pretty big. It has 5.7 inch Display with a QuadHD Super AMOLED panel which has 2560×1440 Pixels. overall pixel density is roughly about 515 pixels per inch which makes it a really awesome looking display. The colours are still inaccurate and over-saturated which makes the colours look fake. The blacks are deep and give a really good look in video playback or whilegaming.

Samsung Galaxy Note 4 is rocking a 16-MegaPixels Camera on its back with Video recording capability of up-to 4K at 30fps. The camera has Optical Image Stabilization. LED Flash, Heart Rate sensor below the camera Sensor. The camera has one of the excellent optics being a Smartphone Camera. Whether its still photography or a video recording, Note 4’s Camera has all the goodness to hold your back.

Their are 2 international versions of this phone. 1st one having Octa-Core Quad-core 1.3 GHz Cortex-A53 & Quad-core 1.9 GHz Cortex-A57, the 2nd one having Quadcore chipset, Qualcomm Snapdragon 805 specifically, has clock speed of 2.7 GHz on Krait 450 cores.

In the Graphics Department, Samsung Galaxy Note 4 is having Mali-T760 on the Octa-core version and Adreno 420 on the Quad-Core version. Galaxy Note 4 has Massive 3GB for the RAM and comes with 32GB Internal Storage. Expandable up-to 128GB via MicroSD card.

We have choose today the latest flagship specs smartphone ‘Xiaomi … 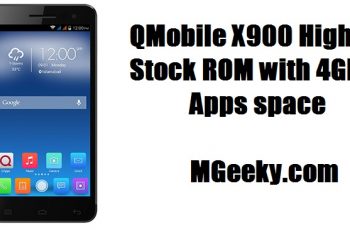 Most of Qmobile X900 users are complaining about the less …