QMobile is the top smartphone vendor in Pakistan according to the market stats. Almost 50% of the market is shared by QMobile and rest of the by other brands like samsung, voice etc. It was rumored back in december 2014 that QMobile to come with another market tactic by introducing new smartphone range which will be better than other available QMobile smartphones and will focused the needs of the young users, and yes it was also rumored that priyanka chopra will endorse the new LINQ series. But up till now there is no official word available on this rumor.

In between these rumors, on the starting of 2015 our source confirmed us that QMobile is all set to release their new smartphone which will feature 4G LTE technology and will be cheaper than other 4G LTE smartphones available in market. Today at WhatMobile, a new QMobile appeared with the label as ‘QMobile LT-250‘, at first we think that it will be a normal entry by QMobile but when we opened the link and read it’s specs, we got amazed to see that QMobile have finally released their first lte smartphone which is cheap as compared to it’s competitors.

Later we visit the official facebook page of digicom and their we get confirmation that the company is really introduced this new smartphone. The more confirmation with official images is still missing in this scene and is expected to be revealed officially tomorrow. Here’s some key specifications of the QMobile LT 250. Unlike other most QMobile’s, the all new QMobile LT-250 is rocking a powerful Nvidia Tegra 4i Quadcore processor which is clocked at 1.7Ghz and the chipset is coupled with tegra 4 GPU. The LT-250 have 1 GB of Ram to provide a decent support to processor to maintain the performance high. Furthermore it have 4 GB of internal storage which can be expandable up to 32 GB. It will be running on android 4.4 KitKat.

QMobile LT-250 comes with 4.7 inches HD IPS display with corning gorilla glass 2 protection. The battery department is fulfill by a 2000 mAh lithium battery. The LT-250 features a 8MP back camera with auto-focus, led flash and can record full HD videos. A 5MP front camera is also there for clearer selfies. The most amazing feature about the phone is that it offers 4G LTE connectivity and 3G connectivity as well. It is the cheapest new 4G LTE smartphone available right now in market as it costs only 16,600 PKR. According to Digicom facebook page, QMobile LT-250 will be available from tomorrow. So we have to just wait untill the full official details and availability in local market.

Keep visiting us for more updates and like us on facebook for getting socially connect to us or you can also join our official facebook group for getting the technical assistance any time. 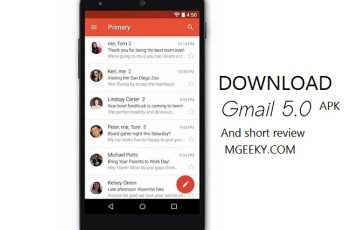 Google releasing updates of their different Apps with new material …