Apple introduce the Slo-Mo feature in camera app with iPhone 5s and proved it much popular amongst iOS users, and not just when capturing for the ball when you through it upward and comes into downward direction for other online video streaming sites. As we know this feature is also made for the next two latest iPhone 6 Plus and iPhone 6 on the average use of this feature by public or iOS users.

If you don’t have this feature or you do not have this latest one iPhone 6 or 6 Plus then you need to read this article. You do not need have to wory about this feature because Jailbreak is the answer of this feature as there is a tweak available in Cydia to get this Slo-Mo feature which is named as Slo-mo Mod

This tweak is not new but there is an update available for the tweak due to fixation of freezes and crashes plague for iPhone and iPads with iOS 8. The new in this version  1.5-5 update, allow to double-tap the fps indicator to auto set the frame rate, according to Slo-mo Mod’s recent news.

This tweak have addition of some features to make it compatible with those of  non-compatible iOS devices. Actually this have added this customization option to the stock iOS feature to make it compatible as it unlock all the settings. These coustomize options are such have allow to force all videos to capture in slow motion as well as make the stock Camera app export an actual slo-mo video via a new button added to the video editor. There is a point to be noted :- iPhone 4/4s and that of iPad 2, 3 and 4 do not support 60fps slo-mo. SO there is a need to change the device and need to live-up with the new technology.

You can find this tweak for free from the Bigboss Cydia source:-

If you dont have this source then add this source manually by tap the source then tap edit available on top of right side then select add option from the top left. There is no chance to claim this tweak. 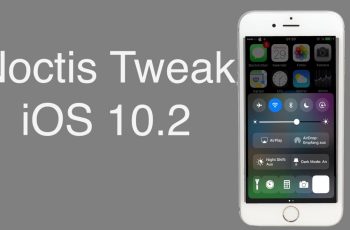 Here is all you need to know about all the …