Rivo Phantom PZ15 is a high-end smartphone offering from the company. The phone comes with a price tag of PKR 23,500 which translated into $230 roughly. The phone has something amazing to offer in this price bracket.

The Phantom PZ15 is a good phone with some really good looking specs under the hood. PZ15 has a 5 inch 720P Amoled display. The colors are over saturated, just like other Amoled Panels out there. Viewing angles are very good. Screen looks pixelated sometimes as the PPI is 295 which is not as good as Retina.

In-hand feel is excellent, You wouldn’t hear any creepy cracking sounds like other cheap phones. Thanks to the Aluminium Unibody Design at the back. Looks wise the phone is really good. The only complaint that I really have from the phone is, the back of Rivo Phantom PZ15 is a Finger Print magnet and I have to wipe it very often as it attract finger prints quite easily. The speed of this phone is exceptional, as expected with an Octa-Core Processor rocking inside the beauty. 2GB of RAM gives the processor enough memory so it can make several apps running in the background simultaneously. You wouldn’t find it lag but it gets hot quickly as it is only 6.8mm thick.

The Buttons below screen do lit up but the light is not that bright. You may get tricked by the menu button as it looks like multitasking button but actually it is menu button. The camera at the back of Rivo Phantom PZ15 is a 13 megapixels sensor which is not the best 13 megapixel smartphone camera, ofcourse. But the pictures you take with it are quite good actually, most of the time. The colors are reproduced accurately, Contrast is okay and the sharpness of the images are also good.

Battery of Phantom PZ15 is of 2000Mah which is the biggest disappointment of the phone. It only lasts around 4 hours under continuous WiFi browsing and screen on. I was able to get over 1 Day with moderate to light usage. The Rivo Phantom PZ15 is a fantastic phone for those who want a powerful smartphone with killer looks. If you are a power user and need heavy battery backup then you have to look somewhere else as the beauty comes with some compromises on battery backup. 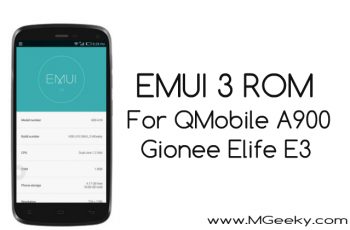 We are back again with Emui 3 Rom for QMobile … 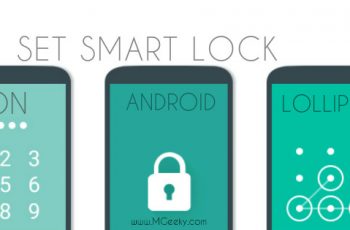 Patterns and security passwords are very common today and around …