Denial of Service or DoS is one of the most common types of attacks that are happening in www. This post will tell you what is a DoS attack? How it is initiated? How DoS attack is affecting the internet? and how to stop DDoS attacks?

What Denial of Service attack is?

Denial of Service or DoS attack pretty much defines it self by its name. To define the denial of service attack Wikipedia says:

In computing, a denial-of-service (DoS) or distributed denial-of-service (DDoS) attack is an attempt to make a machine or network resource unavailable to its intended users. A DoS attack generally consists of efforts to temporarily or indefinitely interrupt or suspend services of a host connected to the Internet. Basically if an attacker is sending that much traffic, to any site or server, that the server can’t respond than this type of attack is called denial of service attack. To explain DoS attack in a simple manner, suppose there is a funnel put on a glass. If you try to pour a full bottle of water through that funnel, the water will over-flow. Same thing happens in DoS attack, the attacker sends too much traffic to the server resulting in suspension of the server.

How to block a DDoS attack on my site?

Okay, so you have a site and your site is being hit by the Distributed denial of service attack. You can do a couple of things to block this attack. First of all you have to make sure that it is your site which is under attack, not the actual server itself.

If you have complete access to the server then you can check it by looking at the bandwidth of other domains pointing to the same server. You can also use Cloudflare which is a freemium CDN service and also stop DDoS attacks. There is also an option in Cloudflare control panel “I’m under attack”. Selecting this option from security options will stop every request to your site for 5 seconds.

Like if you selected “I’m under attack” option, then every visitor will have to wait for 5 seconds and then cloudflare will send that visitor to your site. This stops all the bots and DDoS requests but keeps the visitors intact.

If your domain is protected by Cloudflare and still you are being hit by the denial-of-service attack, then it is your server which is under attack. The attackers have found your server’s IP Address and they are attacking the server itself.

How to block a DDoS attack on a server?

This type of attack is not really easy to block. You have to filter out all the IP Address of the zombie servers using a firewall. All the Severs that are launching DDoS attacks are called Zombie servers. I have listed a couple of techniques that you can use to block DDoS attack on a server.

Disadvantages a Denial of service attack

I hope this post will help you fight against DDoS attack and if it did, then don’t forget to share with others. Follow us on twitter, Google+ and join our group at Facebook. If you have any feedback feel free to join the discussion below and let us improve using your suggestions/criticism. Cheers.

ZantasticoX is a very handy and easy to use module … 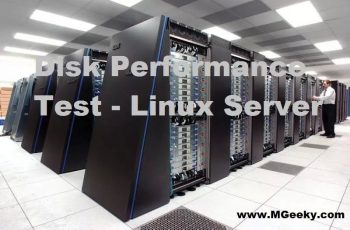 Today I will guide you how to Run Disk Performance …