In a welcome turn of events, Google made Android L available for download right after the Google I/O event. But there is a catch. The “Developer version” of Android L isn’t the finished product.

As we all know Google officially announced the Android L on 15th of oct and named it as “Lollypop”. Android L aka Android Lollipop is here and it’s brought a lot of new changes with newly designed Ui aka material design and 5k  new APIs, has been available as a developer preview for a while but now it is  official as Nexus 6 and Nexus 9 announced running on 5.0 android L.

After the announce and the official factory image for nexus 6 leaked some expert developers quickly compiled L preview or android l with newly nexus 6 apps, thumbs up for their work. I personally using @percys L beta builds on my nexus 4 and I am so happy with it and simply loving this OS. So I am over-viewing some of its special and new features for you people. The keys are same like the buttons on PlayStation’s controllers. Home button  is now a circle replacing the legacy home key. Recent/multitasking button is now represented as a square & back button is now a reversed arrow. This is perhaps the area which is changed a bit more in Android Lollipop. Notifications undergone a complete change and now looks like Google Now’s card-based system. Notifications can be directly displayed at lock screen & for unlocking the device you can tap a  card and you will be in that area.

It is a very clear move by google to bring you closer to your incoming notifications in just a tap. You can also swipe away and clear notifications without actually unlocking your device. With project volta , Android L battery is more reliable and powerful than ever before. It is a great move by tech giant Google to  enable developers and users to measure and keep record of the apps and things which are sucking battery a bit more. Another nice move is that when you’re charging your phone, you’re told how long it will take for the battery to be fully topped up Android L comes with almost all apps re-designed materialistic and whole new features. I just love its new designed apps and keep on using my N4 whole day. Some apps will not update if you upgrade to  5.0 and that apps are Google Music, Google Mail and  Photos App. Well I was really surprised by taping 3 to 4 times on android version in about menu and the thing which was pops out is this easter egg  inspired the most famous and trolled game in android history ‘Flappy bird’ so I played it and makes a score of 10. Benchmark is the best way of calculating android’s performance so after flashing the L beta build on my N4 I took a benchmark and the result was interesting as it was not official build and just a piece porting and scores  was more than my 4.4.4 stock rom on N4. Scores was 25602 and stock KK it was 23k.

When we use these beta builds google warned us that it is not a final build and we can be resulted  in data loss , crashes , bugs and etc but I have personally using it from last 1 week  and Iam in love with it as I didn’t faced any bugs or crashes or lag at all. It is super smooth and powerful due its amazing battery stats and consumption trick(thanks to  its project volta). So I will suggest you to try the developer previews/beta builds/ports or else wait for official release if you have device which is going to be updated or wait for any developer to compile a new rom for your device. 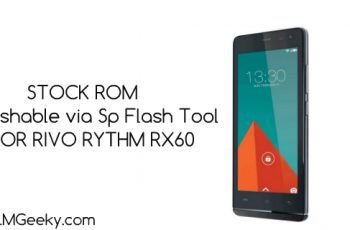 Rivo is an new emerging smartphone brand in pakistan which … 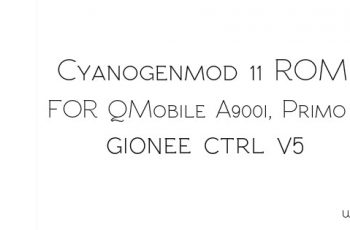 We are back with CyanogenMod 11 Rom For QMobile A900i, Primo …