Smartphone’s have really changed the lifestyle of almost everyone. Whether its a Student, Businessman, Job Employed or anyone else, Smartphones have become one of the most important part of one’s life. I personally believe that 2014 was the year of Technology. Smartphone’s technology developed the most in this year since ever.

Today we’re making a list of Top Smartphones of 2014. One thing here needs to be clear is that this list is all about Flagships. The latest inclusion to the Galaxy Note lineup, Galaxy Note 4 is no doubt, the Best Smartphone of 2014, These days, phablets are becoming more and more common among people. The Note 4 offers the most beautifull Display on a Smartphone. Having a QuadHD Super AMOLED Display panel measuring 5.7 inch diagonally. The camera also got better on this beauty which is now capable of 4K Recording. We reviewed this beauty recently here. Google released Nexus 6 recently in 2014, This time the Nexus is build by Motorolla and is following many of the Motorola’s design esthetics. The size of this Nexus is the biggest with a screen size of 5.9 inch. The display is a Super AMOLED QuadHD Display. The Optically Stabilized 13 Megapixel camera has got alot more clear and sharp shoots. This phone is no doubt the best if you’re looking for the software support of Nexus lineup. Apple is also one of the most popular manufacturer in smartphone market. In 2014, Apple released iPhone 6 and iPhone 6 plus. Apple has always tried to do things differently and this time they did NFC Payments with Fingerprint sensor which they called Apple Pay. Processing, Display, Optics, Software and everything else got better with the Apple iPhone 6. LG, the South Korean Smartphone giant, released its latest offering, LG G3. The phone was 1st to rock a QuadHD IPS Display which is one of the few best features of this beauty. The Optics also got better with a laser focus that locks focus within Micro Seconds. With 1 watt rear firing speaker, G3 is also loud enough to make you alert of every notification. Battery of 3000 mah is pretty much enough for use of 1 full day. HTC, best known for build quality, released One M8 in 2014 which set the bar of build quality too high. The All alumium body of M8 made a strong image of the company. The phone is also capable of all the processing power with the snapdragon 801 with 2 GB of RAM and 16/32GB of ROM expandable via MicroSD card. The phone has 2 cameras at the back for outstanding Image Quality with Dual tone flashlight. The audio experience is the best of its kind with dual front firing Boom Sound Speakers. This Smartphone is the best if you’re looking for a solidly built power house.

Sony also intoduced its latest smartphone, Z3 in 2014. The phone is built with glass and metal, Sealed with IP68 Certification. Has 20.7 MegaPixels camera with QuadHD Video Recorder. Snapdragon 801 inside with 3GB of RAM and 16/32GB of ROM Expandable via MicroSD card. FullHD Display measuring 5.2 inch in size. All this backed up with 3100 mAh of battery pack. A few weeks ago, our team member Daniyal Sheikh reviewed Xiaomi Mi 4. At the price point of $380 this Smartphone is your best bang for the Buck. The phone offers Snapdragon 801, 3GB of Ram, 16GB of in built storage, 13 MegaPixel optically stabilized Camera and much more. All of this packed in a metal-Glass unibody chassis.

So here you have it, our Top smartphone chosen for the year 2014. If you have any suggestion, question or feedback please leave us a comment below. 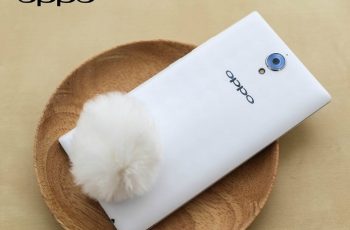 There were many rumors about this phone that it will … 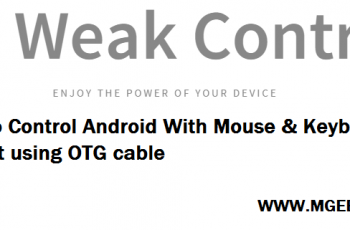 -Want to control your android phone with pc’s mouse or …