Samsung galaxy s5 is not that device what we expect from a flagship device. It is not a bad handset, it hhave all the power ,good display ,decent specs but still that WOW factor is missing.
Just consider other flagships like HTC One M8, LG G3 and Moto X and then compare them with galaxy s5, you will get what we are trying to tell you.

But now samsung is focusing on design as its latest alpha series and galaxy note 4 are superb smartphones and also have killer look and design and this tell us about the future releases of samsung.
So here what we are going to tell you which is exclusive and this is the first time you read the leaked specs of samsung’s upcoming flagship ‘Samsung Galaxy S6’.

Starting from its design it have seriously a look and feel which will make you feel so amazing that you will forget any smartphone you have seen before. Samsung adopting premium designs from Q4 2014 and now they are going pull out all the barriers and it is leaked that the whole panel will be unbreakable OLED panel or another leak is that metal unibody design which will be scratch less.

About its display, it will be a 5.2″ QHD or 4K bezel-less display. Well QHD is also present in LG G3 and also in note 4 so most expected it will be a 4k display which is rumoured to be coming in 2015 and Qualcom’s snapdragon 808 and 810 will only support these displays.

Now coming to its cpu,  Snapdragon 808 and 810 are the new chipsets which are available and in the hand of smartphone manufactures which means the upcoming flagships will be 64-bit devices.
Samsung galaxy s6 will be features a next-generation Qualcom Snapdragon 810 64-bit processor coupled with 4GB of RAM but there is also a report that S6 might comes with Exynos next-generation chips.
Sources said samsung now planing to stop adding bloatwares and thinking to use naked android like motorolla and google.

Now the last thing which is leaked is its camera. Samsung this time just like apple upgrading sensors and optimizing them to take more clearer and dot-less pictures and using a 20MP ISO-CELL  lens which will give you better results. Another leak state that samsung galaxy s6 will be featured a 26MP camera rear camera and a 8MP front camera.

Well this is enough and hoping a killer flagship from samsung and finding more about its leaked specs so we can share with you. If you liked our information share it with your friends and if have any queries or any info share with us below in comments. 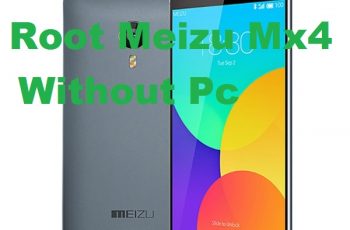 Meizu is really giving tough time to it’s competitors in …

Today we’re gonna talk about What is Xposed Framework? who …