In this article today I will tell you what is Nito installer? How to download it and what are the reviews of it? I will also show you how to use it to install XBMC or Kodi on your Apple TV.

What is Nito Installer:

Nito Installer is a jailbreak tool. Basically, it allows you to jailbreak your Apple TV channels in a very fast and efficient manner. It is a jailbreak tool which allows you to install the XBMC media player application and various other programs. It also helps in getting any kind of TV content on your Apple TV. You can also use this application to easily add XBMC addons and run custom commands. You can easily do all this by using Nito Installer.

The program was first released for MAC only but now it is also available for Windows users, Which is a great sign and a great thing for all of the Windows users.

A great news for all the Windows users is that Nito Installer is available for Windows now with a jailbroken Apple TV 2. With Nito Installer you can easily jailbreak your Apple TV and use it to it’s full potential. You can easily use SSH or Terminal commands to install anything and Nito installer comes really handy in it.

Installing the XBMC or Kodi on a jailbroken Apple TV opens the ability to play many unsupported video formats in an easy manner, install third party add-ons and much more stuff like this.

Lots of people now a days are looking for different jailbreak tools to jailbreak the Apple TV. When you want to jailbreak an iPhone, iPad or any iDevice, it is as easy as downloading the free Pangu or Yalu tool, just plugging your device into your computer, and then clicking Jailbreak button. It will jailbreak it and you are done. So much easy steps to do this.

After you have jail broken Cydia is an app which is automatically installed for finding different tweaks and apps.

But on Apple TV its not easy. Basically, the actual process of jailbreaking is not that difficult but for some Apple TV versions, you have to install third-party Apple TV apps manually via a command line interface on a connected desktop computer.

New Installer for the MAC:

A new installer for the Mac is called Nito Mac which makes it easier to install the third party apps on a jailbroken Apple TV.

The difference between iPhone Jailbreak and Apple TV Jailbreak:

The main difference between the ATV jailbreak and iPhone jailbreak is the program which is used to install tweaks once you are jailbroken. You can use SSH or Terminal commands to install applications on Apple TV but it is a lot easier on an iPhone. You can use Cydia for easy application installation. Cydia is an app which is automatically installed once you are jailbroken and it is basically a store for finding different tweaks and apps.

XBMC is an app which every jailbroken Apple TV user should install. It is also supported by Nito. It has many extra packages, themes and many add-ons available and it allows you to change the look of your Apple TV interface as well. NitoTV is a similar platform for adding Weather, RSS, etc. that can be installed and upgraded within the Nito installer app on the Mac.

Beside these all great things, there are some issues as well. Unluckily a jailbreak for the new Apple TV 3 is not available which means Nito Installer only works on Apple TV 2 or older.

But you can use the Seas0npass tool to jailbreak the 2nd-gen Apple TV. You can easily install XBMC and Nitro TV by downloading the Nito app.

You can also install Kodi via Nito Installer by doing some simple steps.

Kodi is an open source project and anybody is allowed to use it for their own projects. It is a simple app which is used for streaming different videos and audio content on various devices.

But one thing you should keep in mind while using Kodi that you should use Kodi with proper add-ons. Exodus is one of the best-known add-ons for KODI. Many of the people use this add on because it is one the best add on to stream videos on Kodi. Kodi is a very flexible platform and can be used on almost every device like be TV, Smartphone or PC.

How to install Kodi on Apple TV 2 using Nito Installer

But one flaw of KODI is that it can not be directly installed on Apple TV. But using Nito installer it can be easily installed. Some steps to install Kodi using Nito Installer are as follows:

Once installed, it will Soft Reboot your Apple TV and finish the installation. Finally, you can now open Kodi from the home screen of your Apple TV. You are done. You have installed Kodi using Nito just by following simple steps.

The reviews for Nito installer are quite exceptional because many people use this to jailbreak their different Apple TVs and the download ratio of Nito app is increasing day by day. Its ranking is 4.8 from 5 so that’s all for Nito installer download and review.

You can easily jailbreak your Apple Tv 2 by using NitoTV.

I hope you have enjoyed this short review and installation method of Nito installer. If you want more amazing stuff like this and want more interesting and informative articles like this, don’t forget to subscribe our newsletter. 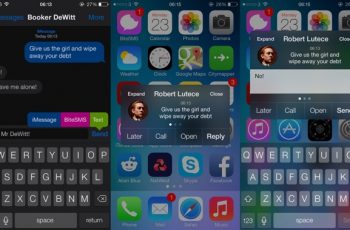 BiteSMS which was the Cydia tweak with more than 7 … 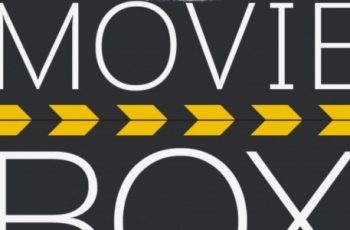 MovieBox is one of the most downloaded Cydia app which …