BiteSms, Frustrated with the built-in Messages App, have more features, have ability for quick reply or to compose a message, it is the App for you which allow you to do all this with lots of extra features. BiteSMS is officially released by the developers as it has many bugs because it is an BETA version. The Good News is that this is working quietly on  90% jailbroken devices including including iPhone 5C, iPhone5, iPhone4S, iPhone4, iPad Air, iPad Mini, iPod Touch 5th Generation except iPhone 5S.

Simply use BiteSMS as a complete souped-up replacement to the built-in Messages Applications on iPhone and iPod devices. I suggest this one Cydia App to you, install this App must as it much useful for all Cydia users. This App is also available for old idevices like iPhone 3GS. If you want this App then you must have Cydia on your iDevice.

This Package is also compatible with old firmwares, iOS 5, 4, 6 and 7. Only iOS 8 users are not able to enjoy this service any more. However Couria is another tweak which gives you quick access about quick reply and quick compose, beta is released now

This Version of BiteSMS is Beta so it may have some bugs don’t forget to mentioned them here, we will communicate with the developers and they will fixed these bugs/errors. Comment Below for more. Thanks. 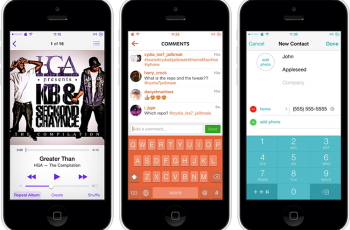 Are you one who have bored of the blue scheme … 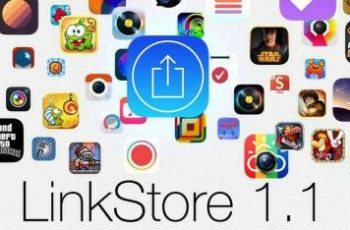 Once you have installed Linkstore tweak through Cydia, you can download …