Samsung Galaxy S2 was once a very famous smartphone because the time when this phone was launched, there were not many competitors in the market and also the users was starting migrating to android smartphones from symbian and java phones. It was released in 2011 and now its been four years of its launch but it’s development isn’t stopped and some really experts developers at XDA Forums are finding way to keep this device alive.

The Galaxy S2 can be upgraded to kikat using different ROMs like slim, cm etc but as the launch of the new android version code named as 5.0 lollipop, people who owned this device starting looking forward to experience the lollipop.

Finally the 5.0.2 stable build was made and successfully booted on S2. The developer behind this build is Lysergic Acid at xda forums. This build is an unofficial build of cyanogenmod 12 but it is pure and cleaned. According to the last changelog in the thread, the last build seems to be stable but it have some issues with HD recording sometimes and also have some storage bugs.

We want to mention here that this build is only for GT-I9100 not for other variants so make sure you have the i9100 version for flashing. It requires root also. It’s very simple to root galaxy s2 via Chainfire’s Cf Auto Root tool so in order root your s2 follow this method. After the root you also have the custom recovery installed on your S2 which is compatible with kitkat.

Before we proceed to installation of this ROM, lets have a look at some of its screenshots below.

Now follow the below steps to install android lollipop on galaxy s2.

How To Install Android Lollipop On Galaxy S2:

Voila! you have now upgraded your samsung galaxy s2 to android lollipop. Enjoy the features of android lollipop on your 4 year old device and make sure to hit thanks button at the official thread to show support. Do let us and our readers know your experience about the ROM in comments below.

Join our facebook group for discussions related to technology and to get your queries answered and solved. 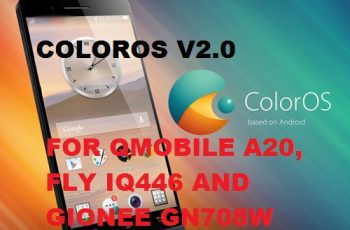 ColorOS is the default ROM which comes built-in OPPO smartphones … 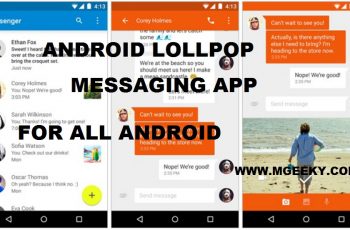 Google hangouts tenure is now over and is no more …