VPS hosting is pretty much common now a days. Everything has its advantages and disadvantages in our lives, same goes with un-managed VPS Hosting. Today we’ll unfold the mystery and tell you what are the benefits and drawbacks of having an Un-managed VPS.

Usually people think that VPS is only for bigger sites which has hundreds of thousands of hits per day. This perception is totally wrong. VPS stands for Virtual Private Server. Which means that you buy a Virtual Server which is all your’s.

What is Virtual Private Server or VPS?

There are two types of managing services are available for VPS.

Today we’re only going to talk about Un-Managed VPS.

What is Unmanaged VPS?

This type of VPS is not managed by the provider company. You are solely responsible for any error you face in the management of your VPS.

If you are an expert in server management, You can buy an unmanaged VPS without any problem. This may save you some bucks. Unmanaged VPS is also recommended for those who are looking for the best bang for the buck as unmanaged VPS are cheaper and allow you to run multiple services at once. UnManaged VPS are also good for all the learners and geeks out there.

If you just want to host your sites, Peace of mind and don’t mind spending some extra money, Managed VPS is surely your way to go.

Liked it? Share with others and help your loved ones find concise and complete information. Join us on Facebook, Twitter and Google+ Don’t forget to provide your feedback below. cheers 🙂

Recently I wrote a step by step guide for How to … 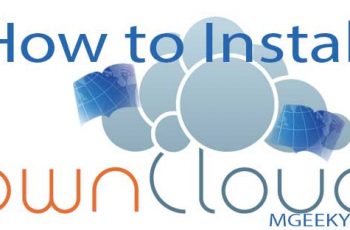 Today I will show you how to install owncloud on …